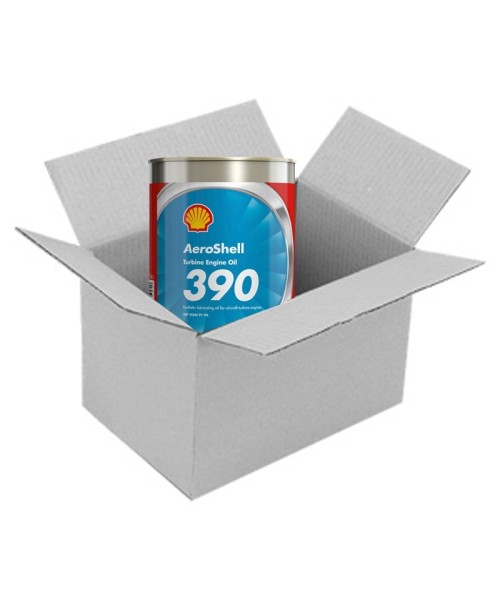 Applications: AeroShell Turbine Oil 390 was developed primarily as an improved 3 mm2/s oil for British turbo-jet engines. AeroShell Turbine Oil 390 is fully approved for a wide range of turbine engines. More recently, because of the low temperature characteristics of AeroShell Turbine Oil 390, there is interest in using this oil in auxiliary power units (APU) in order to overcome the effects of cold soak. Normal practice is to shut down the APU during cruise, the APU then experiences cold soak, often prolonged, and when the unit is started there is considerable difficulty resulting in the unit not coming up to speed in the given time, thus causing a hung start. In such cases where the APU is subject to a long cold soak the viscosity of standard 5 mm2/s oils used in the APU will increase from 5 mm2/s at 100°C to typically 10,000 mm2/s at -40° C. At this much higher viscosity the oil cannot flow easily leading to a large viscous drag within the APU, thereby contributing to the difficulty in starting. AeroShell Turbine Oil 390 on the other hand experiences a much smaller viscosity increase (typically 2000 mm2/s at -40°C) with a reduction in viscous drag which is often sufficient to overcome hung start problems. All experience to date shows a considerable improvement in cold reliability of the APU when AeroShell Turbine Oil 390 is used.