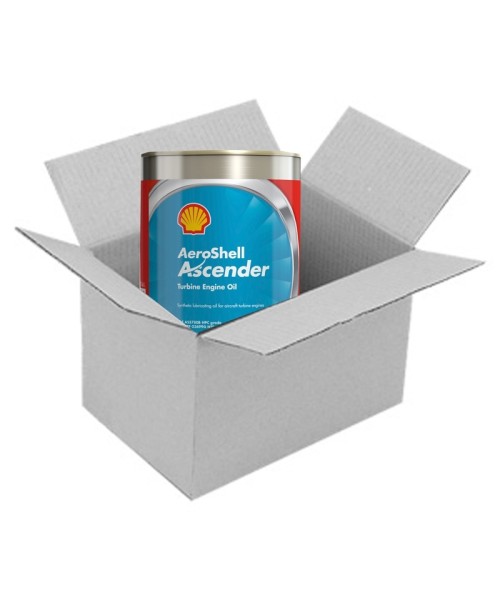 Applications: AeroShell Ascender was developed for the latest generation of gas turbine engines as a low-coking, high compatibility product. Its improved thermal and oxidative stability will ensure negligible coke formation in engines, so any traditional engine problems associated with coke should never occur. It has also been tested extensively for elastomer compatibility, which is a known service problem. AeroShell Ascender therefore offers the customer the balance of low coking performance with excellent elastomer compatibility. AeroShell Ascender will also deliver performance benefits in today's existing high powered, high compression engines in which the older generation of oils can be stressed up to and beyond their thermal limits, as evidenced by oil coking in the high temperature bearing areas.

The value of AeroShell Ascender lies in its ability to deliver both low coking and elastomer compatibility/seal integrity. Until recently, it had been commonly accepted that the two are mutually exclusive, so that improving the oil’s properties in one regard meant compromising the other. For airline operators, this problem can be expensive in terms of prematurely degraded seals. With AeroShell Ascender, Shell Aviation has developed a product that now deals with this problem so operators no longer have to choose between coking performance and elastomer compatibility.

AeroShell Ascender is approved for use in all models of the following engines: IAE V2500 Series.